Batteries are an essential part of many of today's high technology products. Along with the continuous development of battery technology and the increasing perfection of manufacturing techniques, batteries are used more widely as a 'green power' enabler for all kinds of applications.

Whether they are high performance lithium ion (Li-ion) or the more conventional nickel metal hydride cell (NiMH), batteries present potential safety issues. That is why batteries are covered by a number of standards and testing methods. This article gives an overview of the regulatory situation, with a brief introduction to IEC 62133 – an emerging unified international safety standard for rechargeable batteries.

To solve a long running inconsistency in battery standards amongst CBs, the following agreements were reached at the CMC's Tel Aviv meeting in 2010:

In the CMC's meeting in Istanbul in 2011, a plan for further development regarding the application of IEC 62133 in audio and video equipment was discussed and confirmed:

The first version of IEC 62133 was issued in 2002 and is still effective. But it is an old standard; some the test methods it specifies have fallen behind the rapid development of battery technology and this has driven a growing demand for its improvement.

After many modifications, IEC issued the second version, which is closest to the formal version of IEC 62133 – 21A/481/CDV at the end of 2010. Comparing IEC 62133 second version (draft) with the IEC 62133 first version, the following improvements can be highlighted:

• Clearer classification on tests in the nickel and lithium systems.

• More detailed clarification on the number of samples and sample pretreatment.

The practice of revising versions of standards undoubtedly promotes improved requirements in battery manufacturing. This new standard will urge battery manufacturers to improve their production techniques and levels of quality assurance to guarantee a wider application of the battery standard in different fields. 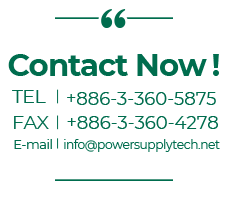